You can learn more about monk seals at the following websites:

You can also download the following informational brochures published by the NOAA:

The Odyssey of KP2 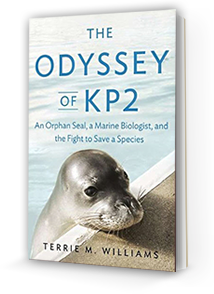 Save The Monk Seals 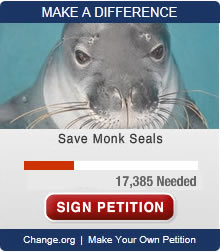 With Your Help WE Can Do It...

Never doubt that a small group of thoughtful, committed, citizens can change the world. Indeed, it is the only thing that ever has.

This email address is being protected from spambots. You need JavaScript enabled to view it.